As an Amazon Associate, we earn from qualifying purchases.
Jump to Recipe
53shares

Traeger No-Flip Bacon is a bacon-lover’s dream! Keep the smell and the mess out of your house and make the easiest big batch of bacon that you’ve ever had.

Yes, Traeger No-flip bacon means never having to flip bacon again. Just don’t flip out. Because yes, cooking bacon on a pellet grill allows you to cook perfectly crispy bacon. It lets the fat drip away so the bacon isn’t greasy too.

You can collect the bacon grease below and use it for other recipes or discard it if that’s your thing.

If you don’t have a rack, you can also make our original Traeger Bacon too that is cooked right on the parchment paper.

A Traeger grill makes all sorts of grilling come easily, but with no-flip bacon, you are actually using your pellet grill to bake the bacon quickly at a relatively high temperature. The grill adds a bit more smoke to the bacon too, which is always welcome, and having it on a rack allows  for the bacon to cook evenly.

If you don’t have a pellet grill you can use whatever grill you have handy. I just like the Traeger because it is so convenient to use. It heats quickly and cleans easily. There’s nothing like just turning on a switch and being ready to rock.

You can even use the oven if you don’t want to break out the grill or if the weather is not conducive to grilling outside.

The trick is to rack the strips of bacon above a roasting pan. Elevated above the pan, the bacon sizzles as its fats drip off into the pan.

Use this No-Flip Bacon to make one of my ULTIMATE BLTs!

What kind of bacon is best for grilled bacon?

Personally, I like to make thick-cut bacon on the grill, but you can use this method on any sort of bacon that you have handy.

There are a few types of bacon, and all of them are worthy.

The great thing about no flip-style bacon is how easily you can store it and either warm it or just eat it as-is later. So go ahead and make a bit extra if you like. With no flip Traeger baked bacon, the bacon doesn’t cool with a bunch of extra grease on it.

All you need to do is wrap the strips in paper towels and store them in a plastic bag. You can also chop it down and store it conveniently as bacon bits. They will keep in the fridge that way for a week or so, or in the freezer for months.

You will love our Traeger Bacon Asparagus Frittata too!

As the saying goes, “everything goes better with bacon”. If you want some more ways to take advantage of your Traeger no flip bacon, then here are a few suggestions: 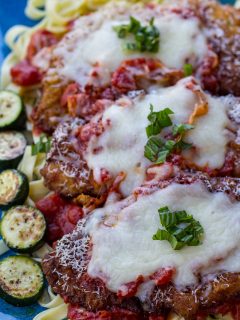 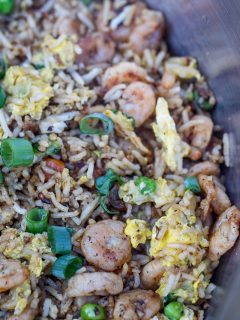 I've been BBQ'ing bacon on my Baby Traeger for a while now. I grill it directly on the grate and it comes out amazing (keeping the hot spots in mind). My question... why do you use an additional pan and rack? Very curious, as I'm always trying to find the "perfect" recipe? Seems like an extra clean up step?

I like to keep the grease for other uses, and also keep the grease off of the bottom of my Traeger for flare-up reasons. Cleaning a cookie sheet is much easier than taking apart the grill and cleaning it. Also, I find creating some more separation between the fire and the bacon makes the hot-spots a non-issue, and leads to bacon with a better texture overall. Thanks for visiting!