Traeger Grilled French Toast is a simple way to make French Toast for a crowd on your pellet grill, and not heat up your house in the process or slave over a frying pan for ages.

Traeger grilled french toast might be hard to wrap your head around. Before I had a Traeger if you told me to use the grill for french toast I might have laughed in your face. This is breakfast we are talking about here. Not a camping trip vacation somewhere out in the middle of the woods.

But then I tried it, well, because I have come to the conclusion that pretty much everything tastes amazing if the pellet grill is involved. Once again, the Traeger did not fail me.

French toast is such a classic breakfast item that it is hard to improve upon, but when you cook it on a pellet grill, it is even better.

Grilling takes about 15 minutes, and you flip it once in the middle.

Feel free to dress it up with your favorite toppings. Some folks like a bit of maple syrup, others love fruit, or maybe just a bit of melted butter. Don’t be surprised if you start thinking about a scoop of vanilla ice cream to go with it. This french toast could easily pass for a dessert item.

Why Is It Called French Toast?

It wasn’t always called French toast. That name came along a few hundred years ago. Oddly enough, the name was coined in England, and English settlers were the ones that brought the recipe to America.

Now you know what was for breakfast on the Mayflower.

French chefs actually refer to it as “pain perdu” (pronounced “pan perdoo”). That translates to “lost bread” because originally the recipe was based on using stale bread. It was called “lost bread” because it used bread that might have otherwise been tossed to the birds.

In truth, the recipe for french bread goes way back to ancient Roman times. At this point, you could say the love for french toast has essentially been baked into our DNA after a couple of thousand years. I seriously have never known anyone to say that they don’t like french toast.

Tips For the Best French Toast

If you really want to get serious about your french bread, then there are some handy tricks to make it come out truly amazing.

I used regular sliced bread for this recipe and it works great too. Some loaf bread does have slightly thicker slices though and if you can find a loaf with nice thick slices, then you are in business!

The reason for using thicker slices of bread? It makes it easier to have a nice fluffy interior and get nice toasting on the exterior.

Some Topping Suggestions For French Toast

French bread is always a great foundation for amazing toppings. Some toppings you can toast into the bread while it is still cooking. Others you will pour or spoon on when the bread comes off the heat.

Whatever way you like your french toast, it is always nice to have options. 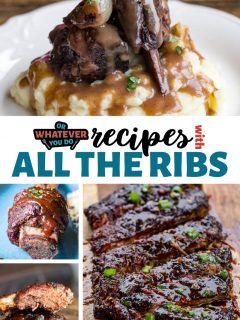 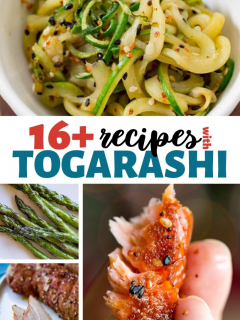 Next
What can I make with Togarashi?
Click here to cancel reply.