As an Amazon Associate, we earn from qualifying purchases.
97shares
Jump to Recipe

My quick Blackstone Runza Recipe is going to satisfy all of your Runza cravings, and then some. Cabbage, onions, beef, cheese, and an easy shortcut dough will have you serving these in about 30 minutes from start to finish.

I fell in love with the Runza once upon a time when we were actually allowed to leave the house, on a work trip to Nebraska.

Omaha, to be exact. No offense, Nebraska. I love you now, but Omaha isn’t exactly a place you’d think of if you want to go adventuring or vacationing.  Not only that, but I had also been battling a bout of food poisoning. It was one of those trips where I wasn’t really sure if I was going to make it on the plane.

Make it on the plane I did, and then I slept for like 20 hours in my hotel room before I felt human again and got to meet up with the crew.

Little did I know at the time that Omaha would be one of the highlights of my 2019 travel.

On that trip, I met a group of the nicest, most fun ladies that I ever have had the pleasure of spending a weekend with, and in the midst of it all, I also got to try these amazing little filled dough pockets that are lovingly known in Nebraska as the Runza.

What is a Runza?

Well, Runza is a chain restaurant that is all over Nebraska who created these adaptations of the German Bierock and Eastern European Piroshky.

A Runza is a yeasted dough wrapped around a heap of cabbage, onions, and seasoned ground beef. Then there’s the cheese.

You can change it up according to your tastes. The Runza stores sell Mushroom & Swiss versions, vegetarian versions, and barbecue bacon (watch for that one coming soon to OWYD!), and even a cheeseburger variety with pickles inside.

How to make a Runza

If you really want to go all out, you could definitely make these with a batch of my homemade bread dough. I was not feeling quite so ambitious, and really just wanted something quick and easy to throw in front of the kids.

For that reason, I pulled out my ever-present tube of crescent roll dough that is always in my fridge.

With that in mind, these can be really quick to make – especially on a gas griddle like a Blackstone!

Check out all of the gear I use!

What’s different about these?

You’ll notice from the pictures that using crescent roll sheets produces a crust that is thinner than your typically Runza. I, personally, like that.

If you want a more bready dough, you can use regular bread dough or pre-made pizza dough for the crust. You could also try doubling up the thickness of the crescent sheet. I haven’t tested that, but if I did I’d make sure and cover the Runza while it cooked to ensure all of the bread gets fully cooked.

How to store leftovers

Keep the leftovers in a baggie or covered storage container, and away from moisture. They’ll keep in the fridge for several days.

How to reheat your leftovers

If you have your grill fired up already, you can stick them on that. Good options for reheating anything bready would be the oven, air fryer, or pellet grill.

How to RE-SEASON your Blackstone

What should you serve with a Runza?

Well, at a Runza restaurant the correct answer would be fries, onion rings, or the BEST INVENTION EVER, the “Frings”, which are half onion rings and half french fries. I think you know which one I opted for when I visited.

If you want to go a more green route, I’d highly recommend this fresh Greek Salad, or my Grilled Caesar Pasta Salad.

Since we are reminiscing about Omaha, I also want to highlight some great recipes from those ladies I mentioned up-thread. Visit them, follow them, and tell them I said hello!

You can use ready-made bread dough in place of the crescents if you'd like. You can also make individual portions using regular crescent dough, biscuit dough, or pizza dough. They become more portable and less in need of a fork in that form, but it also takes longer to do it individually sooooo keep that in mind. 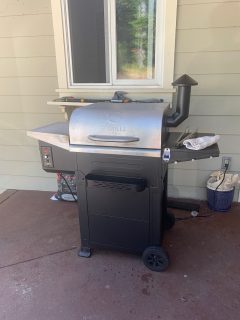 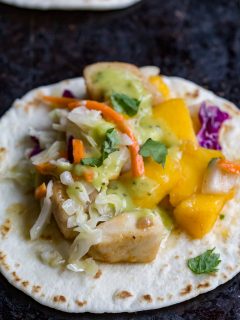