These homemade cake donuts from scratch are one of my favorite treats! They are warm and fresh and so tender, and I just love the crumb here. When you combine that with cinnamon sugar? Shut the front door because I am going nowhere that doesn’t include these doughnuts too. 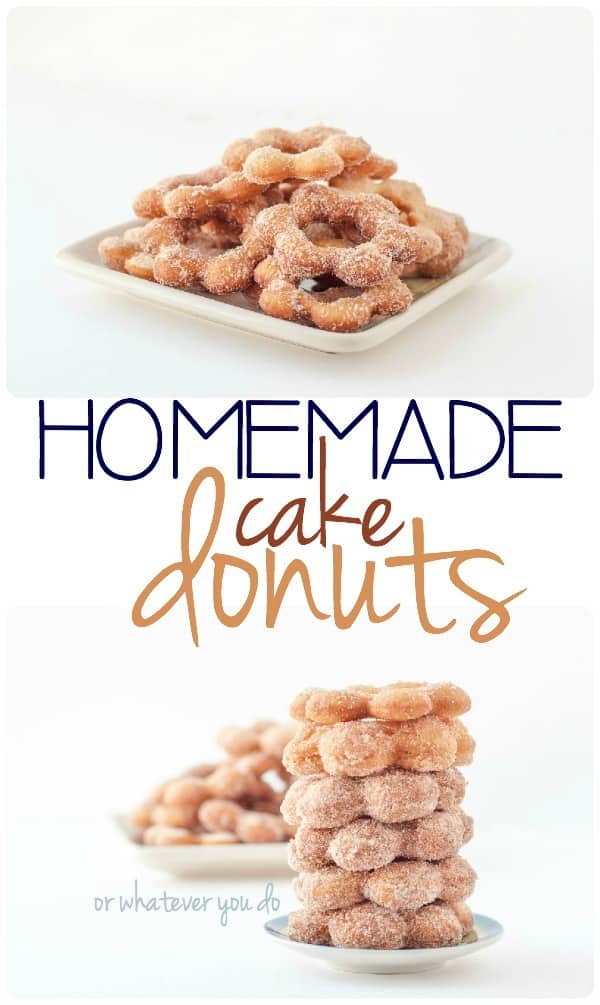 I have a new favorite treat.

These from-scratch cake donuts are not only dangerously good, but they are super easy. The dough came together in minutes, and the frying only takes about 2 minutes per batch, at the most.

I coated these in cinnamon sugar, heavy on the cinnamon because that’s what I had in the house, but if I do them again I am going to opt for some powdered sugar and some iced/glazed. They would hold up to either amazingly well.

These delicious cake donuts were inspired by the recipe I came across over at Kitchen Trials. Her photos look amazing, and I knew immediately that I HAD to try this one out, and soon. My 20-weeks-pregnant self could not resist warm, fresh, cake donuts, from scratch.

I managed for about one day, and that was it.

How to Make Cake Doughnuts From Scratch

Start by mixing up the flour, sugar, salt, baking powder, and cinnamon in one bowl.

In another, melt 2 tablespoons of butter.

In yet another, add 1/4 cup milk, and 1/4 cup half-and-half, and then toss an egg in and whisk until combined. 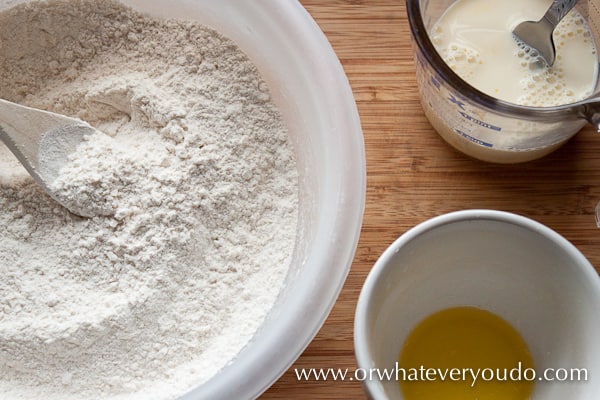 Drizzle the butter into the flour mixture and stir until it is crumbly. 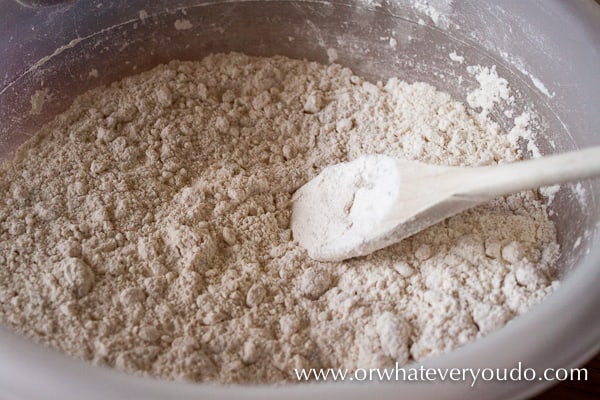 Next, pour in the egg/milk/half-and-half, and stir until a ball forms. 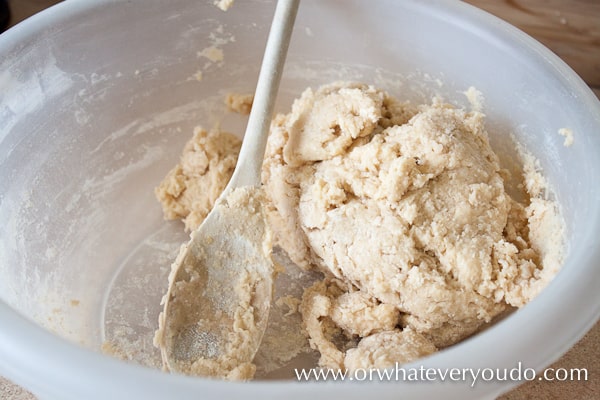 Turn out onto a lightly floured counter, and knead by hand for about 2 minutes, or until it starts to become smooth. 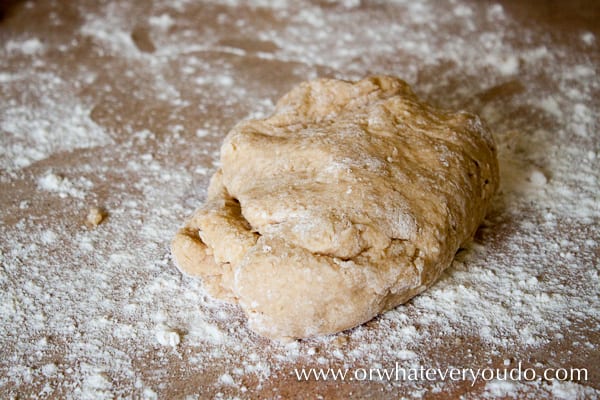 Roll out to about 1/4 – 1/3 of an inch in thickness and then cut into rounds using two different sizes of cookie cutters. I only have these cute flowery ones, but they worked just fine. 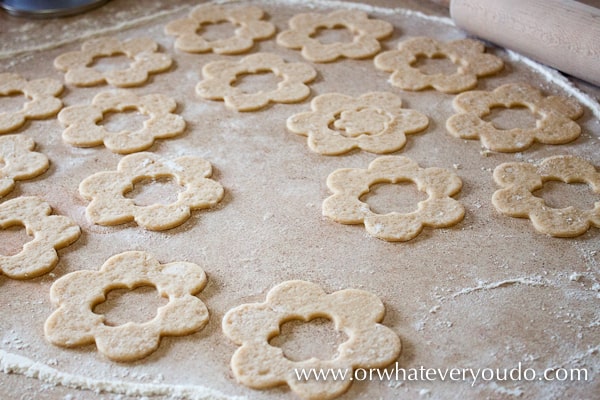 Heat up about 2 inches of oil in a large skillet or stockpot, over medium heat. My oil was at about 335℉-350℉. You can also use a deep fryer for these if you’d like, but it isn’t necessary if you don’t have one laying around.

You don’t have to be super precise about the temp. You can test your oil by frying up one of the donut holes first. If it starts bubbling when it hits the oil, and takes about 30-45 seconds to brown before you flip it, the oil is at the right temperature.

Fry the donuts in batches, flipping halfway through, until both sides are browned. 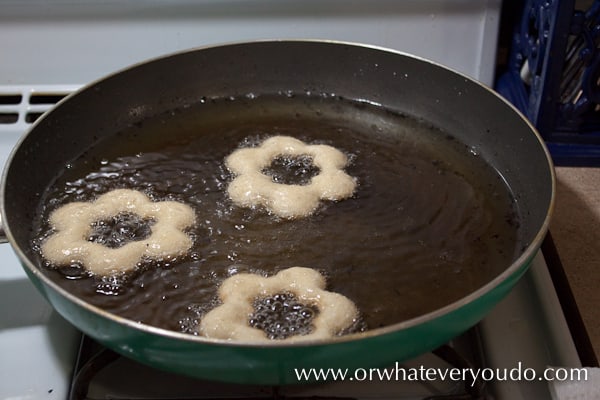 Remove to your cinnamon sugar mixture and toss to coat. You could also use powdered sugar, or glaze. The possibilities are endless! 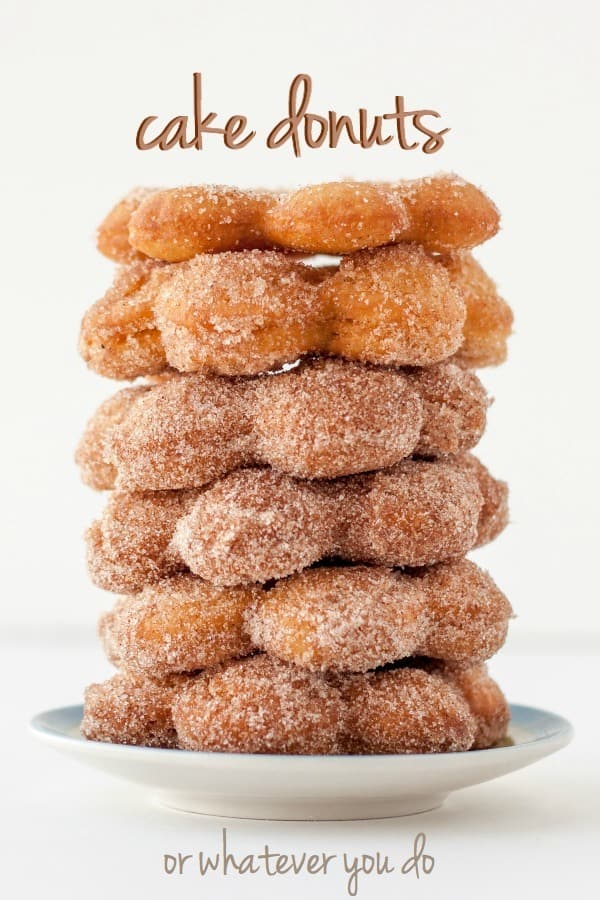 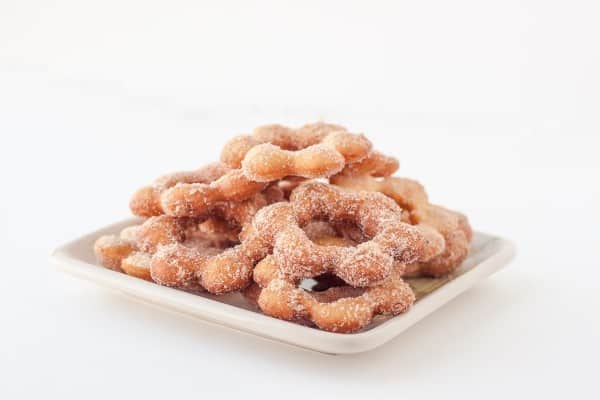 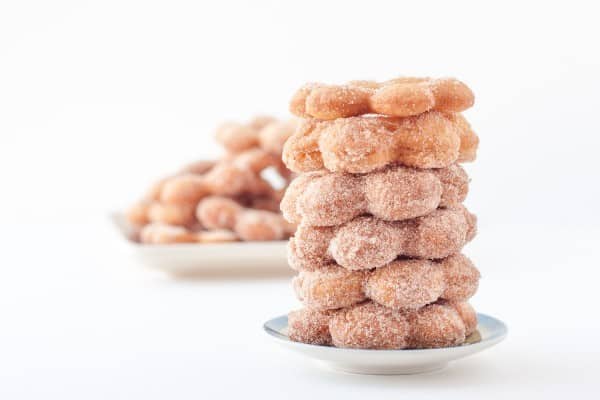 Hi, I'm from England and don't know what half and half is could you explain please because I really want to make these. Thank you Tracy

Hi Tracy! Half and half is just half heavy whipping cream, and half milk. In the UK it is called Single Cream I believe!

Strawberry Crescent Braid - Or Whatever You Do

These look amazing!! Will definitely make☺️

These cake donuts are the BEST ever! So easy. So Yummy! Thanks Nicole for yet **ANOTHER** great recipe!