Country Kitchen Breakfast Skillet is a copycat of a midwest favorite. We don’t have any of these near me, so when I’m craving this I have to cook it up myself. 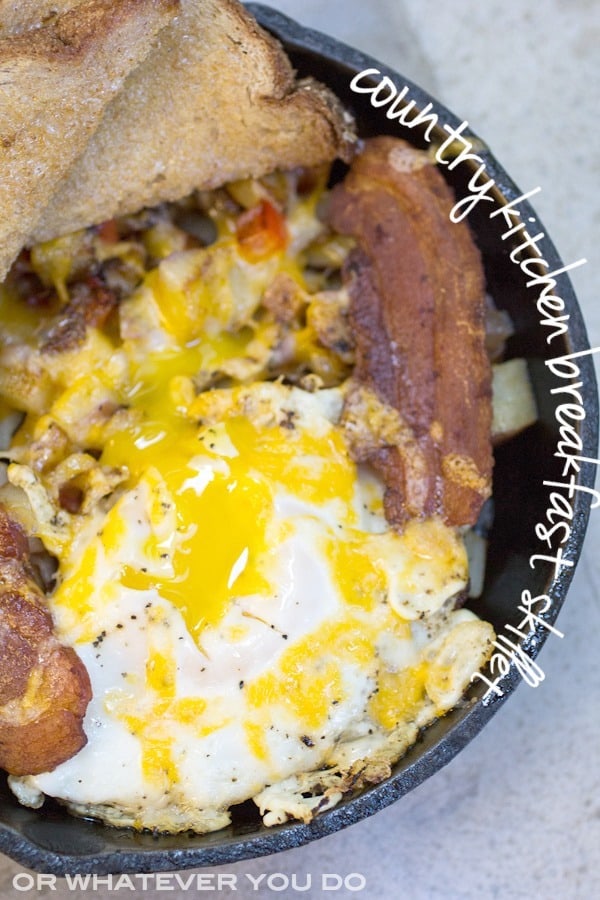 I grew up in a small town on the edge of the Iron Range in Northern Minnesota. It has grown quite a bit from what it was back when I was a teenager, but back then there were only a few choices if you wanted to be out and about after 7pm.

Most of them were not things I would want my teenagers doing. Country Kitchen was one of the two restaurants in town open 24 hours a day, and they let us annoying teenagers sit in there and drink coffee for hours and hours on end.

I’m sure the waitresses had to have drawn the short straw to get our section, but hopefully they realized that there was much worse things we could be out doing during those hours than drinking coffee, eating french fries, and laughing like maniacs. 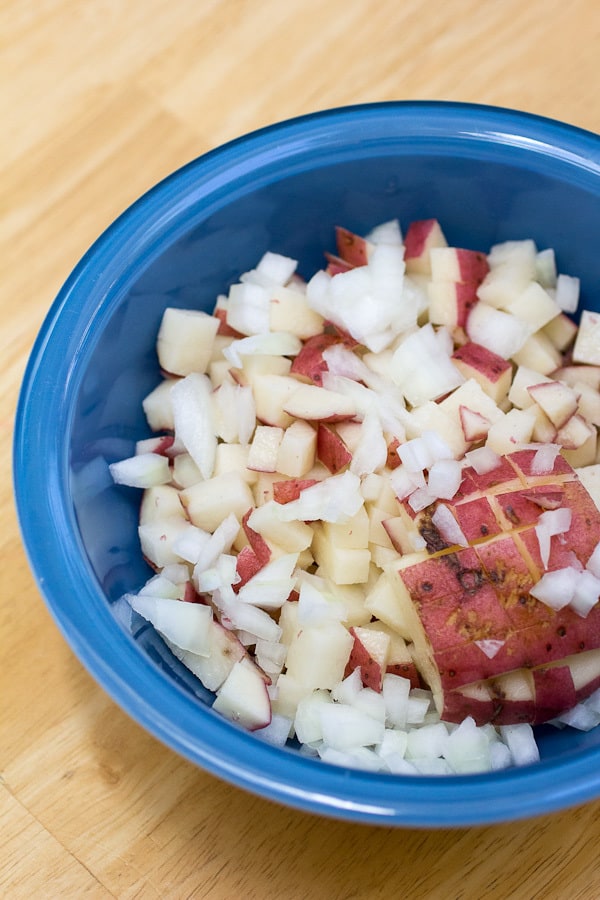 I’m am fixing that now, and have made several iterations of this breakfast skillet over the past couple of weeks.

It is very simple.

A red pepper, onion, and potato hash on the bottom, with bacon, a fried egg, and some toast to finish it off.

This isn’t groundbreaking, and I probably could skip the “recipe” portion of this and you would get the hint, but maybe you are living in a part of the country that isn’t graced with abundant Country Kitchens and you want to try a famous Country Kitchen Breakfast Skillet too?

Hungry for more egg recipes? These will hit the spot!

My bacon spinach breakfast sandwich is amazing, or this Country Kitchen Breakfast Skillet will definitely do the trick! 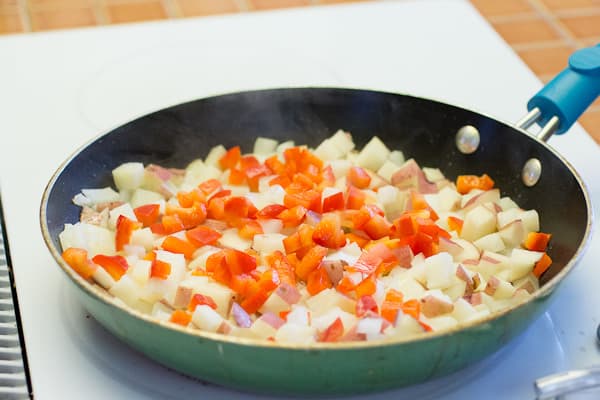 Well, you’d better get in the car and drive to one, because I actually have no idea how country kitchen really makes theirs. What you will get if you make my version though is whole ingredients, cooked simply, and served fresh. Can’t beat that, right? 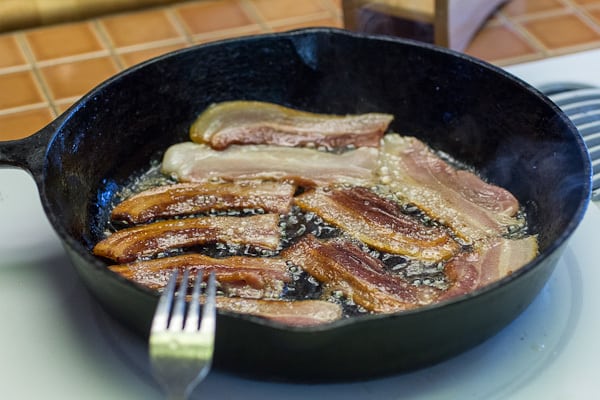 One thing that I love to do is to reserve some of my bacon greases, and fry my potatoes and sometimes even my eggs in that. I will put the excess bacon grease in the fridge. Butter is insanely expensive here right now, and for some things a little bacon grease does the trick just fine, or even better.

Also, you NEED this blueberry syrup and buttermilk pancake recipe! 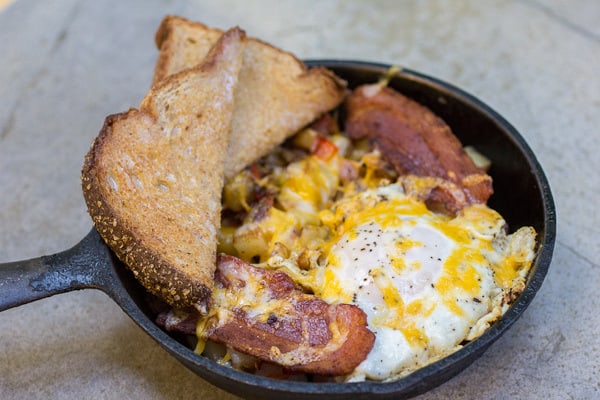 Another trick I do is to only cook my egg on one side in the pan, then I finish it off in the oven under the broiler so I can melt the cheese and cook the top of the egg all in one shot.